ML misconceptions (6): neural networks do not always need a lot of data 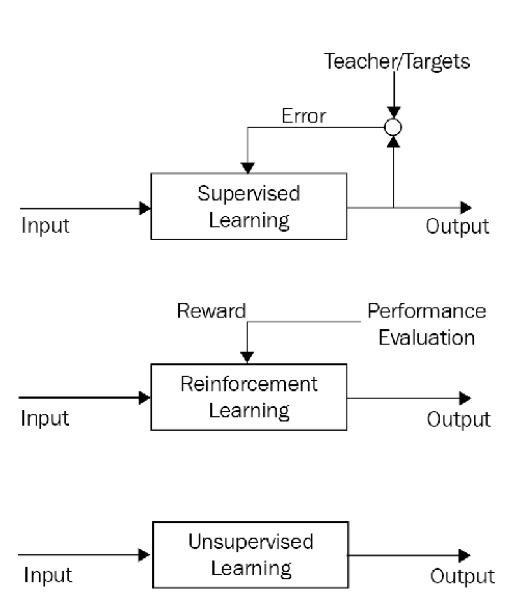 A very common misconception is that NNs require big data in order to work. This is not correct. They have advantages when used with small sets of data as well, depending on the problem.

Neural networks is thought to require lots of data for training, the more the better. However, this is not correct as it depends on the problem at hand. The crucial things is the learning strategy, which determines the amount of data required.

Neural networks can use one of three learning strategies:

Because unsupervised and reinforcement learning strategies do not require that data be labelled they can be applied to under-formulated problems where the correct output is not known.

As we have already dealt with supervised learning in a previous article, we will describe the other two below.

One of the most popular unsupervised neural network architectures is the Self-organising Map (also known as the Kohonen Map).

Self-organising Maps are essentially a multi-dimensional scaling technique which construct an approximation of the probability density function of some underlying data set, whilst preserving the topological structure of that data set. This is done by mapping input vectors in the data set to weight vectors, (neurons) in the feature map. 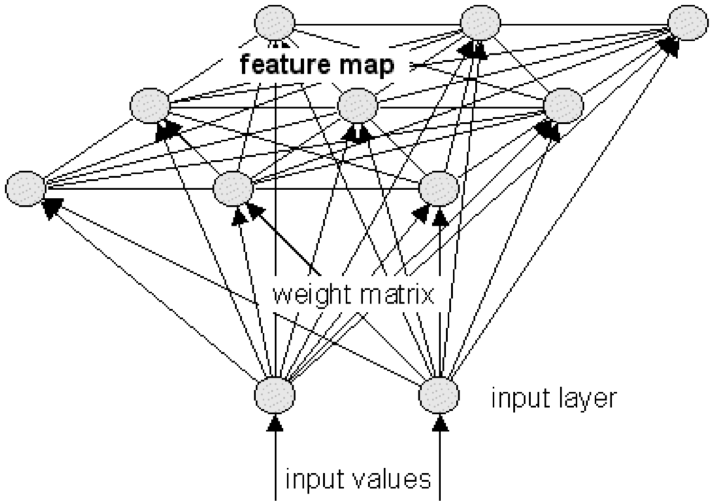 In the context of financial markets (and game playing) reinforcement learning strategies are particularly useful because the neural network learns to optimise a particular quantity such as an appropriate measure of risk (e.g., for adjusted return).

In the financial realm we may want to use a reinforcement learning NN to determine whether to sell or buy stocks. An example is shown below. 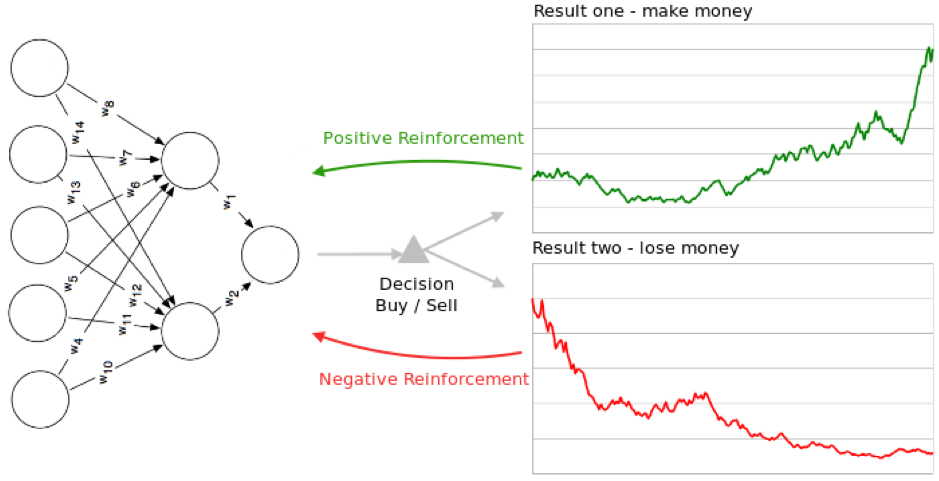 In essence, the goal is to make money: thus, when this succeeds, we reinforce the weights that led to that result. In the opposite when not. This is similar to backpropagation, but necessitates a connection from the real world to the network, and is thus not totally internal to the network architecture.