Not only cat videos. I remember well reading about Google’s AI recognising cat videos on the web in an article in WIRED in December 2012. I thought “wow, where is this going?”. Now we know the answer: everywhere. 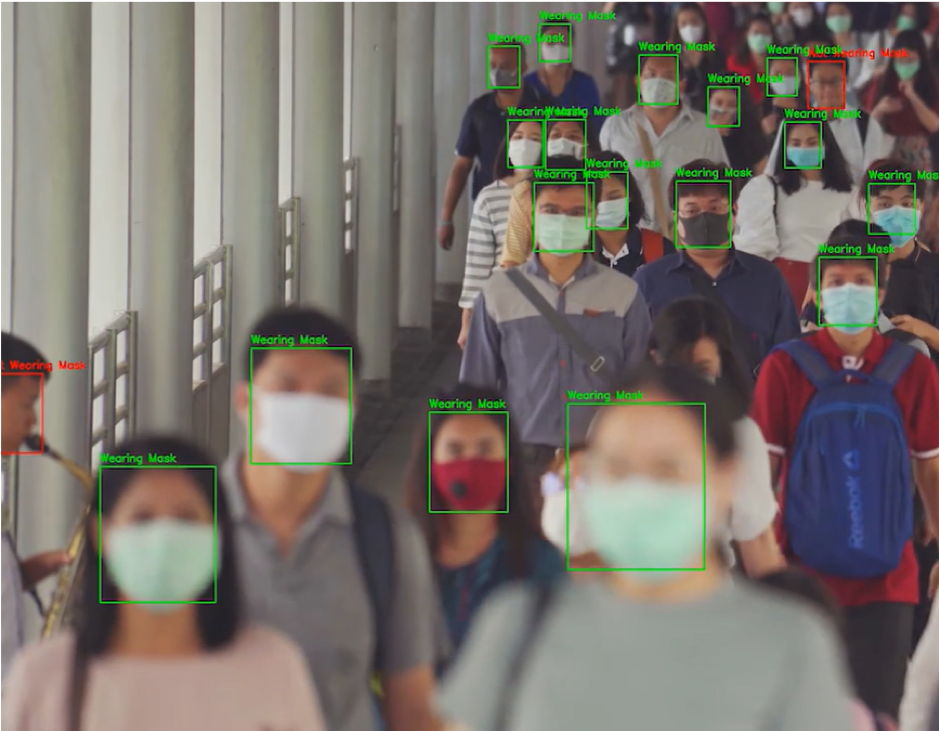 Image recognition, and machine sight is serious business today. Witness the rise of the surveillance society in, e.g., China, where you have to let the authorities get your digital image in order to access Weibo, the Chinese Twitter. Which they then of course can use everywhere.

But image recognition is not all. It’s just a very visible application, after all.

Take FaceID as found on Apple iPhones, for example. It works silently, invisibly, and reliably. However, in the current Covid-19 climate, we suddenly found it failing due to the prevalence

Recognising handwritten digits is actually hard. For machines, that is. Not for us. However, nowadays this once difficult task is simple, with progress especially in image recognition. The digits ‘8’ in the image are all different, yet even to a machine, it’s simple to recognise them all to be, yes, 8. 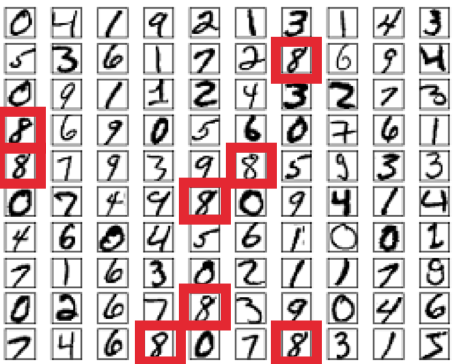 of facemarks. There are various ways of avoiding the problem, e.g. Apple ensured that the iPhone asks for the code instead as soon as a mask is detected, instead of trying to identify the user and ultimately failing, leading to a user-perceived weakness in the iPhone. Other manufacturers are said to have surmounted the difficulty, but not details are known. Of course, the problem may also be avoided with transparent facemarks, something that may or may not be acceptable to the users.

Employees were told Microsoft’s decision to end the contract with PA Media was taken at short notice as part of a global shift away from humans in favour of automated updates for news.”

One staff member who worked on the team said: “I spend all my time reading about how automation and AI is going to take all our jobs, and here I am – AI has taken my job.”

The individual added that the decision to replace humans with software was risky, as the existing staff were careful to stick to “very strict editorial guidelines” which ensured that users were not presented with violent or inappropriate content when opening their browser, of particular importance for younger users.

Another interesting application for AI is that of the car, especially so-called self-driving, or with assisted-steering models.

The poster child here is undoubtedly Tesla. Their cars may be equipped with the Autopilot, a Tesla AI system that basically does the following main tasks. The development of this software started years ago, and has been vastly improved since its inception, hand in hand with improvements to the underlying hardware (sensors, steering, engine, etc.). Today it is no longer separate NNs for each task, but an integrated multi-tasking NN engine with new versions being delivered over-the-air (OTA) to existing customers.

This exemplifies well the existing trend for AI to become part of the infrastructure, invisibly operating on a level that we humans do not have access to. It also shows how narrow AI slowly, oh so slowly becomes less narrow all the time. It is still very domain-specific, but the path forward seems clear: tasks within a domain are combined, enhancing each other until the domain is dominated by AI; then domains are combined with other close domains until we finally reach a level of ‘intelligence’ that we cannot match. Think about it: you enter your car, saying “my partner and I thought that a take-away Thai meal would be nice today”, and the car, without a steering-wheel of course, takes you to the closest Thai restaurant, having ordered what you normally like (two portions, for you and the partner) in advance, to pick up the meals and take you home.

AI will become ubiquitous, and invisible; just like the electricity network today. Nobody thinks about what is actually involved in you being able to plug in something in a socket to get electricity nowadays. AI will become like that: you say, or indicate, what you want and it simple happens. We see occasional examples of this already: you shop at your local supermarket, and simply place your phone in the appropriate place and presto! without further ado, you’ve paid your items. Do you really know what’s involved in that simple act? I have no idea, but I do know that a vast AI-driven infrastructure is being used; invisibly, reliably, and fast to boot.

Another interesting area that is being slowly conquered by AI is that of healthcare. As described in WIRED, November 2017, AI is not just cats, it’s also cancer. Today, cancer cells are more reliably detected using AI than human doctors. The reason is clear: to be able to detect and identify these malignant cells you need experience, lots of it. And this is where AI (in the form of NNs) shines. You can train the NN with millions of images culled from existing databases, many times more than a human doctor can absorb in a lifetime. The result is a system that vastly outperforms humans: faster, cheaper and better.

Of course, these will be vetted by humans, since we cannot allow an AI to make life decisions. At least not yet.